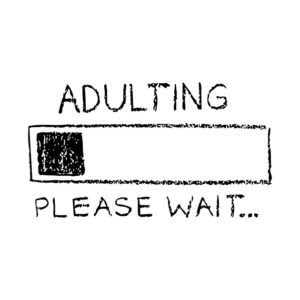 Feeling retrospective. Thinking about 'age brackets', and whether there is something radically strange and disjuncted about being in one's 30s and not deeply entrenched in breadwinning and child rearing.

Cultural literacy forces us to live a life of constant comparison. I have a romanticized vision of what 30-something life should be, based on the 80's television show of the same name. Mel Harris gently sways to the stereo with her nine-month old daughter in her arms, turning to Ken Olin who watches her from the doorway, a soft-focus, slow zoom, life-affirming Hallmark moment concluding 14 episodes of existential anxiety attacks. Despite long afternoons hiding out in the darkroom drinking beer and listening to the Phillies games, despite being the life of the party but lately finding fewer parties and less things funny, despite his marriage being under strain, despite being overwhelmed by feelings he's never had to deal with before, despite all of his doubts surrounding displacement and entrenchment and fatherhood and growing old, he finds perspective in that final scene, as she smiles back at him, and whispers, "I think she likes Van Morrison."

God. We ruthlessly mocked that show in High School, while our english teacher, a Volvo-driving, NPR quoting, Timothy Busfield lookalike said, "Its captures life at that age so perfectly...you'll see."

We rolled our eyes, not knowing it had implanted a fiction of what life is supposed to be. I wondered if I could ever be in a position to grapple with those "mature" issues -- as if HAVING the issues was somehow heroic. While distancing myself from the idealization of middle class well-adjusted 30somethingdom that television portrayed, I still saw the bittersweet significance of it all, all the triumphs and failures and post-20's minutia that go into fashioning a new sense of home. Not for the show itself, but the innate sense that this WAS a bridge I would have to cross eventually, that life after 30 was a pill that we would all have to swallow, and that it wasn't about silly yuppies and their angst-ridden melodramas, but simply about the fear of growing up, no matter how old you are, and knowing enough about life to be totally confused by it.

I remember a quote from one of the actors on Charlie Rose or one of those talk shows, in which he characterized the central theme as "owning up to certain realities, not necessarily the compromise of principles, but rather the recognition that many of our notions of the future were idealizations and can't be lived in the world."

Once that's in place, its all a bit easier. So much of our retrospection and uncertainty about who we were then and who we're supposed to be now is chimerical, based on such unrealistic archetypes. Growing into ourselves takes as long as it takes, and its hard enough without the added pressure of "hitting the marks" that society gives us. A friend going toe-to-toe with single motherhood once told me, "It is way more important to figure out how to be happy being you than to figure out how to be happy being your age. Fuck numbers. Sometimes I am pissed that I didn't get my perfect ""thirtysomething" life, but I got this one, and have to do what I can with it."

I do relate to feeling displaced and disjuncted. Most days I feel like I'm secretly still a teenager. But I also felt so much older than my age, when I was a teen. My birthdays have always involved me wondering what the heck the deal was about. In the longterm. And about the choices I've made, and will make. I sort of did things in reverse. And now, from this vantage, I know there's nothing inherently noble about all that stuff I saw on 80's television, or funny, or even particularly interesting, and that we weren't the first generation to face such endeavors, and ultimately its about people, not ages.

I'm perfectly content to feel lost in uncharted territory, even if its the territory we're supposed to know best. And if I was a thirty-something english teacher, earnestly advising my students that the sitcom of our lives is all about waiting for a feeling of well-adjustment that never comes, I'd probably expect them not to laugh.