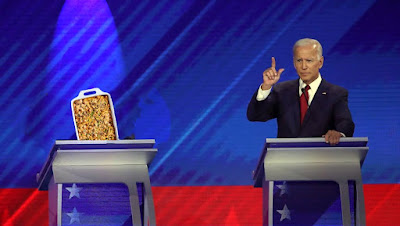 For those of us consigned to a LOTE nod for Biden, this is a reminder that write-in candidates for voter-nominated offices can still run in the primary election. This year, for registered democrats not aligned with Mr. Sanders policies, I urge you to consider a growing movement to elect "Tuna Casserole" as your 2020 democratic presidential nominee in the remaining 3 primary states allowing write-in ballots: New Jersey, Pennsylvania and Rhode Island.


Typically, write-in candidates have a very small chance of winning, especially highly perishable ones that must remain refrigerated, but there have been some strong showings by write-ins over the years.


Tuna Casserole is also leading "none of the above" in Pennsylvania by the widest margin in blank ballot history. And in Delaware, TC beat out other perennial picks such as Mickey Mouse, God, and Me.

Tuna casserole has family values. And its high in protein!


Everybody loves tuna casserole, unless you're some kind of weirdo.


But how does it stack up against Joe Biden?


• Both are "known commodities"

• Both rate low in public speaking, but do well in the Midwest.

• Neither is particularly worried about China


How will Tuna Casserole fare in the debates?


Political analysts have suggested, "When Trump shows up and finds tuna casserole, he will become very confused....and leave."


Tuna Casserole will last 2-3 months in the refrigerator, when stored in an airtight container. Biden may not make it to November.


Tuna Casserole's handlers admit that Blank ballot election systems reduce the cost of printing the ballots, but increase the complexity of casting and counting votes. They also concede that tuna casserole is a political outsider, but said its determined to appear on the primary ballot.


As of this writing, Tuna Casserole leads all other write-in candidates nationwide by a projected margin of 30-35%, according to latest statistics from Election Commissioner Bob Saget. These include, in descending order by % votes:

• Not sure of these candidates

• Someone who isn’t a sell-out, please

• Anyone but Trump or Biden

• None of this BS idk

• A wilted head of lettuce

• A suit of armor filled with bees


Bottom line, if you did not vote for Tuna Casserole, then you have no right to complain about the outcome of this election.

Advanced polls for NY are in. Here’s the list of the top 5 uncertified write-in candidates in the 62 counties of NY state, taking into account multiple spellings of "tuna casserole" and versions of the same recipe.

It was no surprise that Hillary Clinton leads projected write-in votes in her home state in the primary election, despite never registering as a write-in candidate. What was not as predictable were the others who joined her on the lists of uncertified and thus uncounted votes: Tuna Casserole, Willie Nelson, Clark Kent and Socrates.

Write-in campaigns remain a controversial topic in NY, where candidates have to be registered in advance with the New York State Board of Elections. One advocate at a Putnam County polling station stated, “I want to defeat Trump, and I believe that the best way to do that is to have a wider range of options in the Democratic primaries, including the NY primary. I believe strongly that the voters should be able to make their choices among all of the remaining presidential candidates, including no-contest votes like...Jimmy, what's that one we saw this morning? Here it is. 'Tuna casserole.' I mean, I personally don't get it, but the kids think its funny. And hey, somebody got up off their ass and came down here to write that.” Many others seem to share this opinion. Lorelei Alana Helekunihi, Tuna Casserole enthusiast and campaign supporter, went on record earlier today: "I freaking love tuna casserole. Garnish with a handful of frozen peas and I'm set." Williamsburg resident Shoshonna Shomberg, a self described political activist and social justice warrior, stated, "Beyond supporting the ideological significance of a write-in ballot...I believe T.C. is a big step forward for non-sentient candidates, who cannot possibly be aware of the virulent lack of inclusivity in this category, and must rely on us for representation on their behalf. Check your self-awareness at the door, tuna-phobes."

She was probably kidding.

Clearly, this is a growing movement. Americans like to get creative when they don’t like their voting options. However, not everyone agrees. One concerned pollster commented, "You are throwing away your vote — something that suffragists worked long and hard for us to be able to do. So, yes, while "tuna casserole" might give you a chuckle here and there, ultimately, it's not funny. At all."

"Its a little funny," conceded polling committee chief J. Finklestein. “It’s significantly more than we've ever ever seen before. Last election year, There were 4,562 write-in entries for president alone. That more than quadrupled the total seen in the 2008 and 2012 presidential elections. The write-in numbers tend to go up when there’s some f-ckery with the DNC. In other words, pretty much every year since I've been here."

The 2020 NY primary is scheduled to take place on Tuesday, April 28, 2020. Expect support for "Tuna Casserole" to increase exponentially before then.
Posted by McW at 3:38 PM No comments: 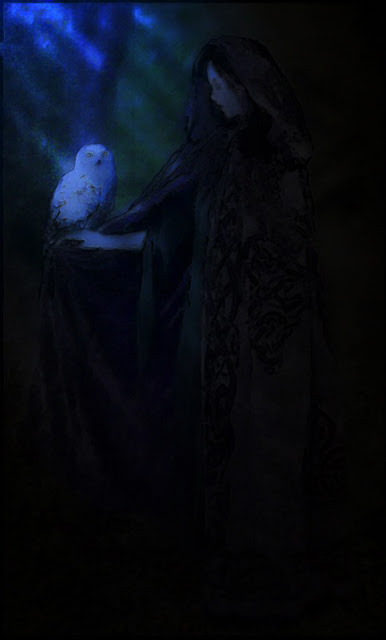 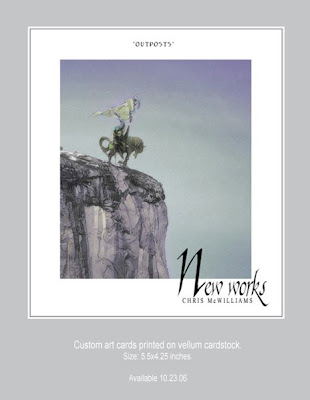 Currently showing at Art Upstairs in Phoenicia~
Thanks for all the support and positive feedback on the New Directions exhibition at Barrett House -- check Kathaleen Murray's write-up in the October arts column of the Poughkeepsie Journal for details.

"What do you mean there’s no such place as Further South Dakota?!"


Loved this so much, I had to make a map.

Based on an actual quiz given to British people, It’s Thanksgiving So We Asked Brits To Label The United States — We’re So Sorry, America.

I love how the Midwest is just one big interchangeable blob. No worries- Mid-westerners feel the same way. 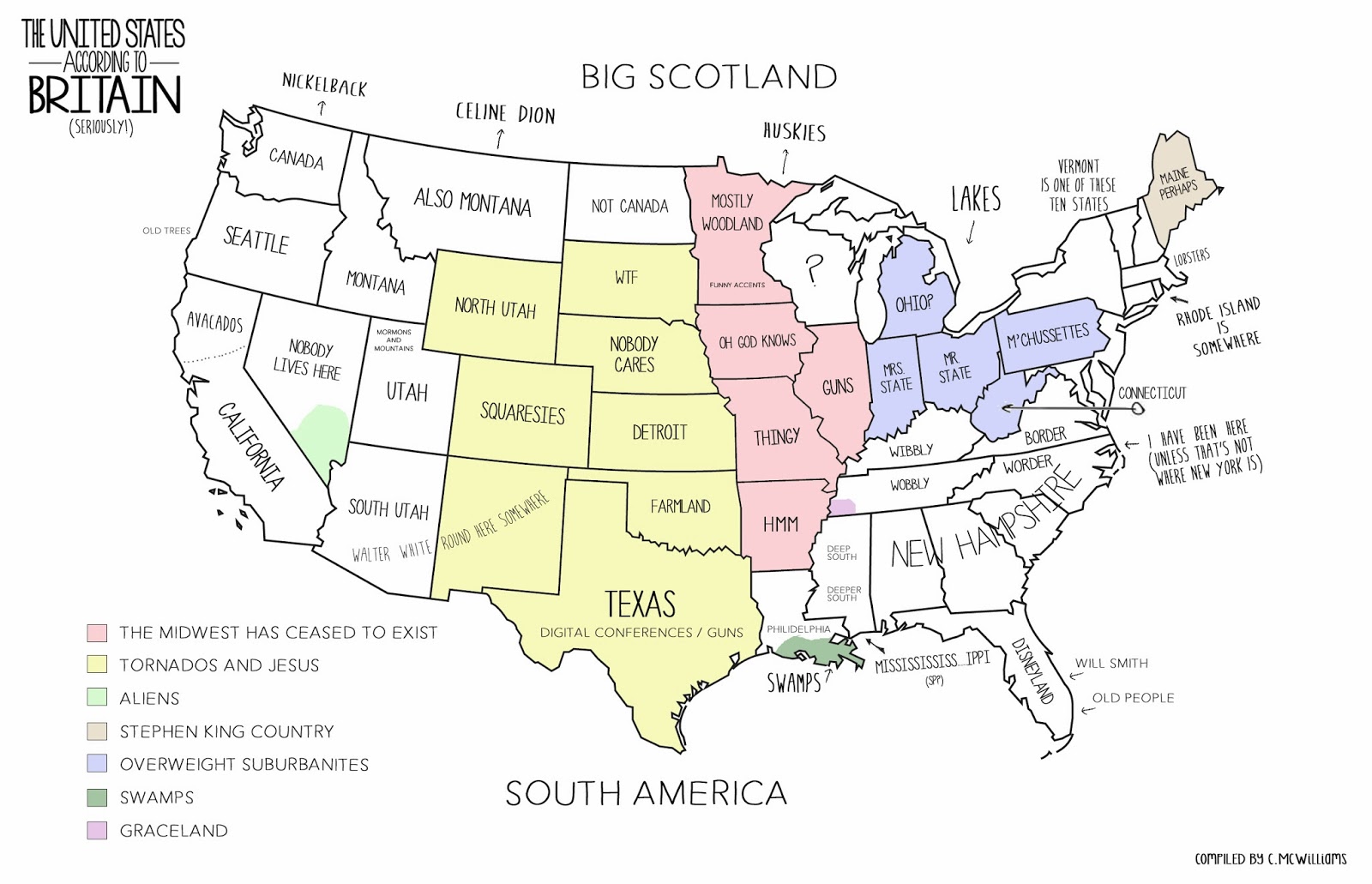 Thanks to Karen @Teacher's Discovery, Skip can never deny this exists 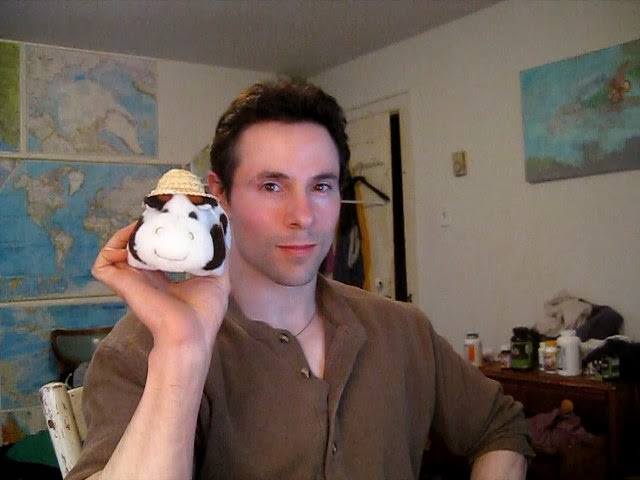 The infamous MOOOOO-chos Gracias cow. Skip had 5000 of these made for Teacher's Discovery in 2001, they say 'Mooo-chos gracias' in his voice. Its pretty much my favorite thing ever.